Get To Know JOHNNY MAUTZ.

I like to think my biography is short and sweet.

I attended elementary, middle and high school in St. Michaels and Easton before graduating from Brewster Academy in 1989. I received a Bachelors degree from the University of Dayton in 1994 and a Juris Doctorate degree from Ohio Northern University in 1997.

When I was a child, my parents purchased Carpenter Street Saloon in St. Michaels. Since that time, I have worked in or around the saloon in almost every capacity – truth be told I’m not a very good cook. In addition to working in the saloon, I have also worked on a variety of construction sites and commercial clamming and crabbing boats.

I am an avid outdoorsman, and have played in various sports leagues in the area, including the 1982 Easton Little League team, which made it all the way to the Little League World Series.  I am a member of several local fraternal organizations, participate in youth sports, and serve on the Board of the Neighborhood Service Center.

After being admitted to the Maryland Bar, I worked as a legislative lawyer for the U.S. House Judiciary Committee and as an advisor to Gov. Ehrlich in Annapolis. 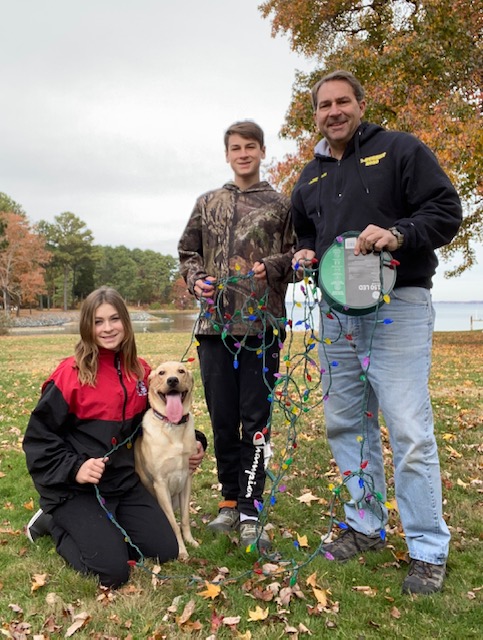 I've known Johnny and his family his entire life. They are good people and they care about the community. I support Johnny Mautz for Senate 100%.

In 2014 I was elected to the Maryland House of Delegates and was elected again in 2018.  In Annapolis, I have served on the House Economic Matters Committee and was appointed to serve as the Ranking Member earlier this year.  I also serve on the Oyster Advisory Commission, the Aquaculture Advisory Council, the Broadband Advisory Workgroup, and the Transforming Manufacturing Workgroup.

My loving wife Rebecca and I married in 2005. We reside in St. Michaels and are the proud parents of two wonderful children, Johnny, aged 14, and Evelyn, 12. The final member of our family is our trusted yellow Labrador retriever, Honey.

I am the son of former Easton dentist Dr. John Mautz and community leader Diana Mautz. My brother is Dan Mautz, a volunteer firefighter and Red Cross emergency responder.

Currently, I operate my family’s restaurant in St. Michaels while also representing Legislative District 37B in the Maryland House of Delegates.

Johnny married his wife Rebecca in 2005. Together, they are the parents of two wonderful children, Johnny, aged 14, and Evelyn, 12, and their trusted Yellow Labrador, Honey. The Mautz Family lives in beautiful St. Michaels, Maryland.

Dedicated To The Community.

In addition to serving as State Delegate representing legislative district 37B, Johnny operates his family's restaurant located in St. Michaels.

Invested in the local community for several generations, the Mautz family is Eastern Shore through and through.